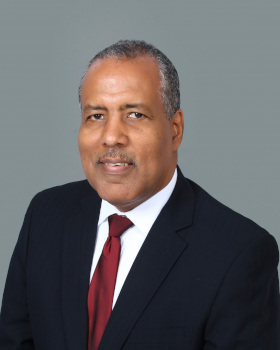 Professor Shirley started his professional career with Alcan Jamaica Company Limited as a Mechanical Engineer in the late 1970s to early 1980s. He then served as Assistant Professor of Operations Management at the University of California Los Angeles (UCLA) until 1991. In 1991, Professor Shirley joined the staff of the UWI, Mona Campus first as the Carlton Alexander Professor of Management Studies and Head of the Department of Management Studies, then as Executive Director, Mona School of Business. He also served concurrently as Executive Chairman of the Jamaica Public Service Company Limited. In 2001 he was seconded to the Government of Jamaica as Jamaica's Ambassador to the USA and Permanent Representative to the OAS. He has served on several public sector and private sector boards and committees in Jamaica, USA and Canada. The honour of the Order of Jamaica was conferred on him on August 6, 2009.

He is a graduate of the UWI, St. Agustine Campus with a BSc in Engineering; Harvard University with a MBA in Operations and Finance, and Doctorate in Business Administration in Operations Management.